Centurion is rolling out revolutionary safety technology across its nationwide fleet to reduce the risk of incidents caused by fatigue and distraction.

Centurion will become the first large-scale transport and logistics company to fit the Seeing Machine’s Guardian System technology across its entire fleet as well as to vehicles operated by its contractors.

According to the Road Safety Commission 21 per cent of fatal and serious crashes in regional WA involve fatigue while it is estimated that globally one in six heavy vehicle fatalities are caused by drowsy drivers.

Nearly 80 per cent of Centurion’s fleet has now been fitted with the technology with the remainder to be installed on vehicles over the next six months.

The investment in this technology, which is close to $1.5m, underlines Centurion’s commitment to safety across a fleet that services the mining, energy, construction and retail sectors in Australia.

Transport Minister Rita Saffioti said the State Government was investing record funding on roads and it was encouraging to see companies also invest in safety.

“Technology is continually helping to keep Western Australians safe on our roads and this initiative from Centurion is encouraging to see.” 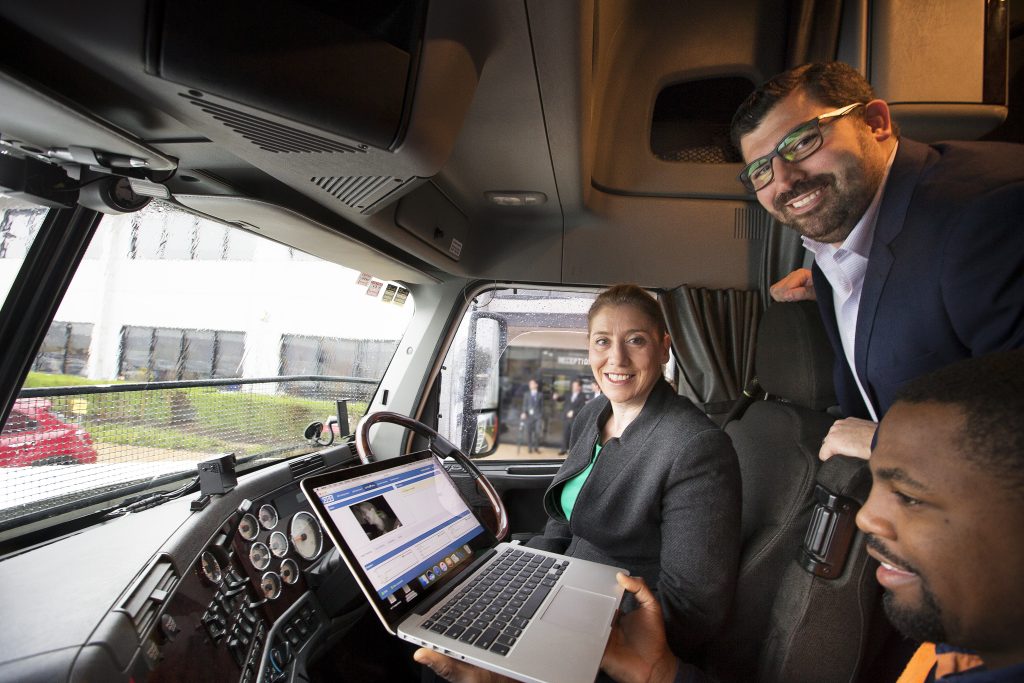 Centurion CEO Justin Cardaci said the company was focused on doing everything it could to mitigate the risks of fatigue.

“Our focus is on the safe and reliable movement of goods and equipment for our customers,” Mr Cardaci said.

“As a business we want to set a benchmark for safety in the industry.

“We have rigorous policies and procedures that deal with fatigue, however, the reality is that it remains a major issue in our industry and we need to do all we can to minimise its impact.

“This technology uses an in-cab driver sensor and forward-facing cameras as well as face and eye tracking algorithms, to detect the symptoms of fatigue and alert affected drivers.

“We believe the implementation of this technology across our entire fleet is an industry first and reinforces our commitment to our safety culture and to our goal of zero harm to all involved in our operations.”

“We are delighted to be working with the team at Centurion to help them protect drivers and improve safety across their fleet, which in turn makes roads safer for the greater communities they serve and operate in.”