New wheels to drive research in the Kimberley

Telethon Kids Kimberley researchers will now be able to travel to some of the most remote and hard to reach areas of the region, thanks in large part to the fundraising efforts of two Aboriginal trainees from transport & logistics company Centurion.

Brandon Rose and Travis Rose, who are part of Centurion’s Youth and Indigenous Program, were the driving force behind a number of fundraising initiatives that included a head shave, a quiz night, raffle and BBQ to raise money for a new 4WD vehicle for the Telethon Kids Kimberley team based in Broome.

The cousins, who are now based in Perth but grew up in Derby, helped raise close to $15,000 dollars from fellow staff members. Centurion then generously matched this amount with its parent company, CFC Group also making a significant donation to the vehicle.

Brandon Rose, who auctioned off the privilege to shave off his hair to his work colleagues, said he was proud to support research in the region he calls home.

“It’s great to see Telethon Kids active in the Kimberley region. I know first-hand some of the difficulties faced by communities up here and this vehicle will help improve the lives of kids in the region in the long run.”

“This vehicle will help support research into a range of child health areas including ear, skin and lung infections and the serious lifelong conditions that can result from these infections such as kidney disease, rheumatic heart disease, permanent hearing loss and premature death,” Mr Jacky said.

“We are very grateful to Centurion for giving us the wheels to drive research to all corners of the Kimberley,” Mr Jacky said.

“The tracks, whether on pindan or blacktop, will always lead to strong evidence based research that is aimed at the continuous improvement of healthy Kimberley communities.”

Centurion CEO Justin Cardaci said the support for Telethon Kids Kimberley had been right through the business.

“We’re a company that has been built on servicing regional Western Australia and I’m proud to see our employees get behind this cause and make a donation that’s going to make a tangible difference in the community. 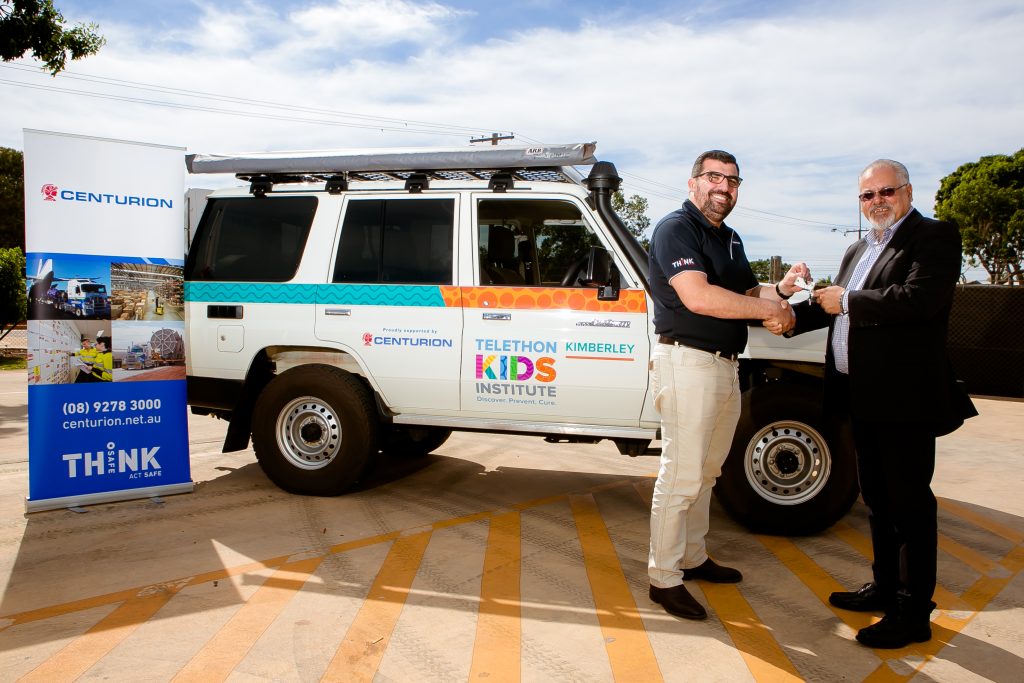 Centurion CEO Justin Cardaci hands over the keys to the new 4WD to Glenn Pearson, Head of Aboriginal Health and Wellbeing at Telethon 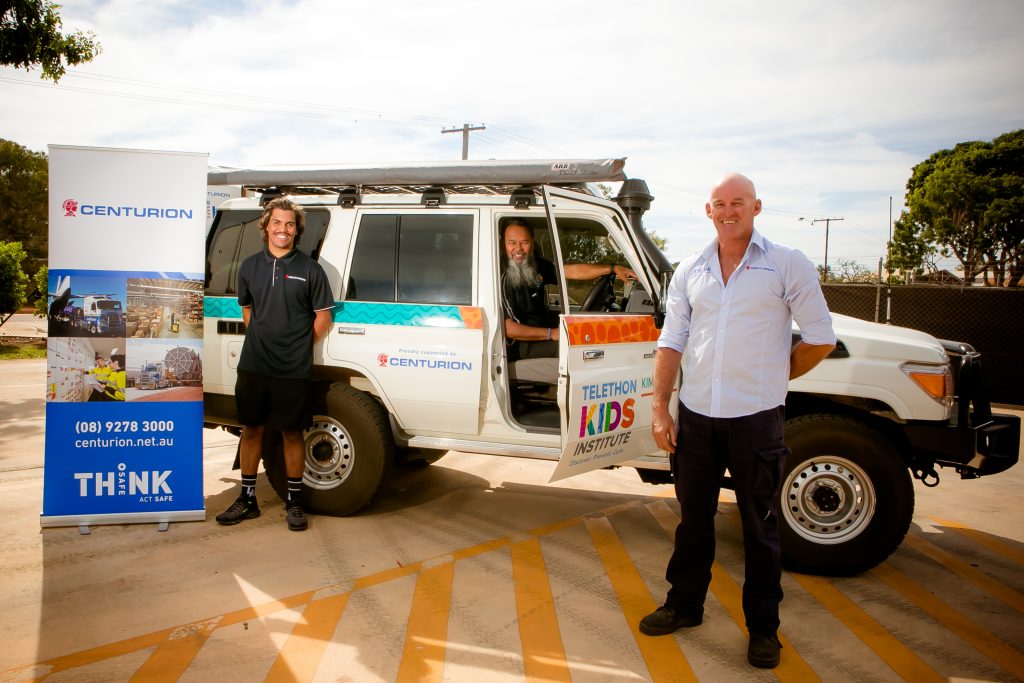 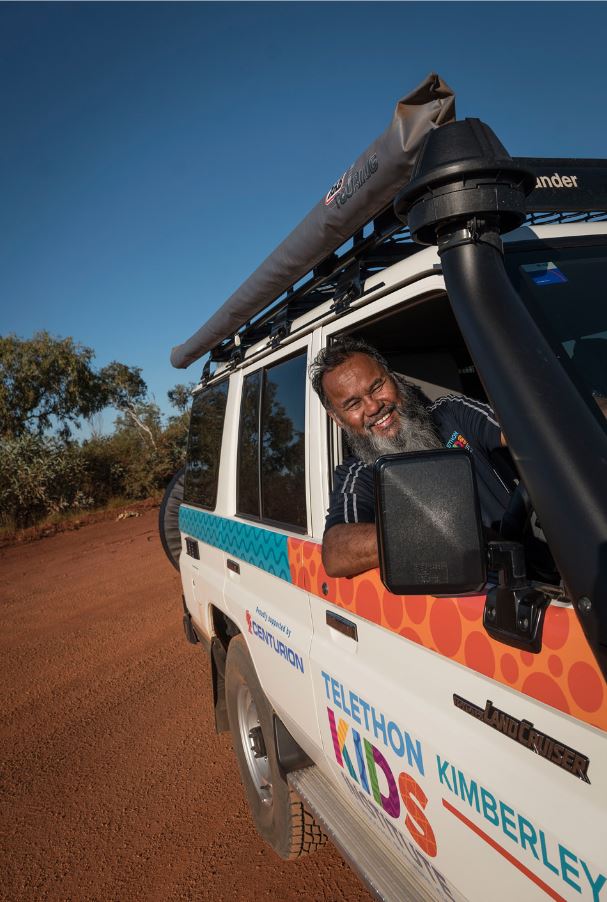