Familiar faces have helped national transport and logistics specialist Centurion hit the ground running over the past few months, with the company’s Emerald crew servicing a host of new clients and breaking new ground.

“The company has been based in Western Australia for nearly five decades and, over that time, has expanded its services into the Northern Territory and now into Queensland. We have a base here in Emerald, another in Mackay and our state headquarters in Brisbane,” Mr Mylrea said.

“Clearly the acquisition of on-road assets from the receivers of McAleese Transport has helped us get under way but we’ve also added additional equipment and expertise since then.

“Most importantly, we have benefited from the wealth of local expertise when it came to appointing staff with all the right qualifications and experience.”

Based in Mackay, Mr Price has been travelling regularly to Emerald and Brisbane as the company expands its client base across the state.

Located just off the Gregory Highway in the Northern Industrial Estate, over the past six months Centurion has added extra prime movers, heavy lift equipment and trailers to its on-road fleet, allowing it to bid for – and win – a wide range of work.

“If you’re moving around our region, you will likely see our vehicles carting heavy loads, helping to position or reposition large objects and delivering key items to construction, infrastructure and mining sites,” Mr Mylrea said.

“For one of these projects, we collected more than 50 large concrete bridge beams in Rockhampton and trucked them around 300km, then our cranes provided on-site lift-and-shift services to drop them into place to upgrade bridges on a Bowen Basin mine access road.” 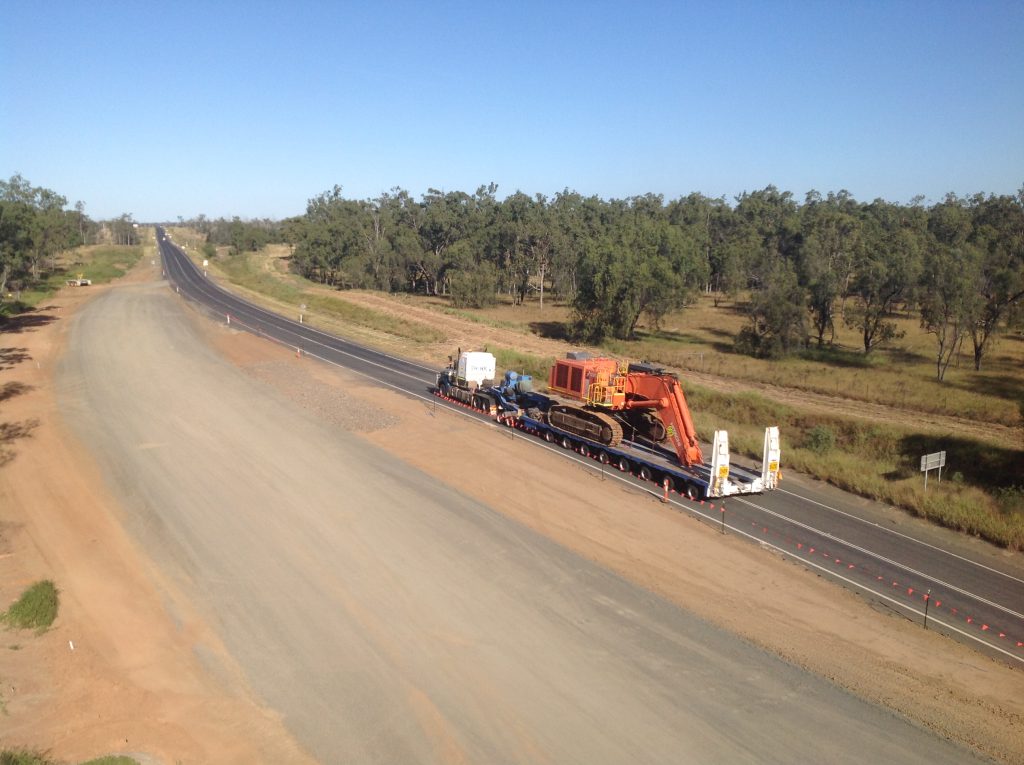 On a recent visit to Queensland, Centurion CEO Justin Cardaci said that the delivery of this end-to-end project had taken the company into new territory.

“Of course, Centurion has provided heavy haulage and cranage services for clients for many years, but our Emerald crew can be proud of the fact that this project marks the first time our company has managed the entire process end to end” Mr Cardaci said.

“Previously we’d have provided the heavy haulage and then worked with other companies for the cranage component of a project.

“Now, with having the first heavy lift-and-shift service of our own, Emerald is breaking new ground for Centurion.”

“Our capacity to provide a growing range of reliable services, especially to the mining and resources industries, is not only well established, it’s well timed, with a noticeable upswing in this sector in our region over the past year,” Mr Mylrea said.

“We have definitely seen the signs that things have begun to turn around, especially for companies that are planning shutdown works now, investing in critical maintenance and repairs ahead of a slew of new projects due to roll out in 2017-18.”

And Centurion is not just winning work from the mines. Over the past six months, it has been providing services for a major regional road bridge upgrade project, carting concrete components up to 900km from Rockhampton to work sites along a 600km stretch of the Landsborough and Capricorn highways.

“By any measure, Centurion has hit the ground running in Emerald and we have established ourselves in the right place at the right time,” Mr Mylrea said, “and that, to no small extent, has been possible we were able to engage a local, highly experienced crew who know the region well.”